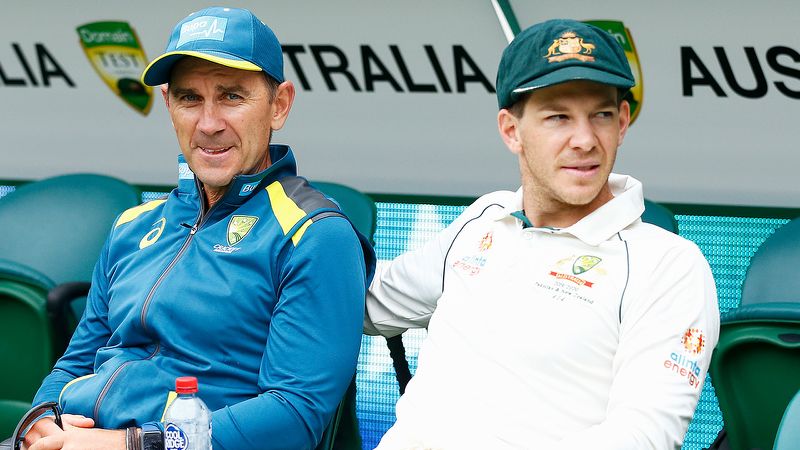 I’ve recently been watching “The Test” on Amazon Prime. It follows the journey of the Australian cricket team following on from the ball tempering scandal in 2018, that shook the world of cricket. 3 Aussies were banned from playing for the national team and the Cricket Australia brand, as well as culture was in tatters – which was almost unthinkable considering how great it had been in the past.

The more episodes I watched, the more notes I made. This was easily one of the best examples I’ve seen of leading effectively and developing a high performing culture through challenging times. Today’s blog collects a couple of my thoughts on the series and what we can learn from Justin Langer as a leader. Interestingly, a lot of us are currently in recovery mode as we look to come back from the recent global crisis, so the timing to implement and adopt some of these tips could be perfect.

Langer talks about how this shift in mindset can transform not only an individual but a full team. Having individuals within your team creates lots of pressure– you’ll probably hear a lot of “I did this” “I delivered that” “I am responsible for this”. Whereas Langer demonstrates the power of changing that mindset to “we did this” “we delivered that” “we are responsible for this”. It drives collaboration, a sense of unity and helps a team to pull together. Of course you need to be conscious of accountability with this approach.

So what did Justin Langer implement that we could learn from?

Before Langer even let his new team pick up a bat and ball he sat the team down on the first day of training and made it absolutely crystal clear what behaviours he wanted to see and more importantly what he did not want to see. Then throughout the series he consistently re-enforced these using the following method:

Positive re-enforcement and recognition – if a player did something well he would acknowledge this and recognise them – he didn’t pay them a £10k bonus or give them a new benefit, he simply said well done. This made the player feel valued and also showed the rest of the team what the standards were.

There’s a great example of this where Tim Payne get’s hit in the face during a game. He carries on with a nasty looking injury for the good of the team – this was the standard Langer wanted.

Tip: Make it very clear to your team what behaviours you DO and DO NOT want to see. Recognise and consistently re-enforce them.

In a similar way to Pep Guardiola in “The Barcelona Way”, Langer, identified the key cultural architects within his team. Interestingly they had very different personas.

You had the likes of Tim Payne who was fairly raw as a Captain at the start of the series however, through the support of Langer, he developed as a cricketer and person. He led by example throughout, provided an ear in the dressing room and demonstrated the values and behaviours that Langer wanted.

You also have Usman Khawaja who many leaders would struggle to get the best out of. He appears to be one of those players that if you treat him with respect, he will respect you. The interesting thing about Khawaja was that he led by example with his Cricket. During the difficult times he demonstrated the tough values and behaviours that Langer wanted to see. Ultimately, a mixture of personalities make a strong team and Khawaja provided the grit, determination and resilience that the Aussies needed.

Tip: Identify the key cultural architects with your business who can role model the values and behaviours that you want to see and work with them to develop your company culture.

#3 Understood when to act as a coach, when to mentor and when to be firm – he also gave everybody a voice.

As a leader you can wear many different hats. Sometimes you need to be a coach, others a mentor and at times you also need to be firm. Justin Langer demonstrated all three superbly throughout the series. At times he did make mistakes and received feedback for being overly negative BUT that is the key thing – he ALWAYS asked for feedback. From the players, the coaches – everyone.

Finally, being firm. This is a very fine line and it can be difficult to get it right. However, sometimes you need to put your foot down in order to provoke a reaction out a team. Be firm, make your point, make it clear why things need to change and measure the results. Also remember:

Tip: Do you often flip hats as a coach, mentor and being firm? Can you begin to adapt a more coaching style? Why not try this approach during 1-1’s? You could also begin to mentor your team based on your experience and skills. Also, are you firm enough with your team? Do you provide them with an energy to want to succeed?

#4 Had a clear vision

From Day 1 Langer made it clear what his vision was for Cricket Australia. Firstly, his focus was to get Australians to love the cricket team again. The brand had been seriously tarnished following on from the cheating scandal. Once they had achieved phase one the focus was then on developing as a cricket team and aiming to become the best cricket team in the world.

Langer worked very closely with his coaches and put a huge amount of trust into every single one. They developed processes that they felt would work and stuck with them. There were times when they got it wrong; enduring Australia’s heaviest ever defeat to England and also a crushing loss at home to India.

Despite all the noise and media scrutiny surrounding the team, Justin Langer continued to emphasise

“Stick to the process and everything will be ok”

Tip: Set a clear vision that your team can get behind. Then funnel down behaviours and goals that you’d like to see from leaders, managers and employees across your business. Recognise the good, support people to eliminate the bad. Also, put trust in your managers and work collaboratively to deliver your vision.

As business leaders it is critical that we recognise our teams good work and celebrate success. Business is hard, it can chew you up and spit you out, so when things are going right you need to make the most of it. We spend so much time in work, make sure you create a strong culture where your team want to see each other do well and progress.

The series reminded me of how close the link is between Sport and Business, we can learn so much from great leaders such as Justin Langer. He’s now made Australia cricket a place that anybody would want to work. Playing for Australia is something to be proud of and in our terms they would be “an employer of choice”. 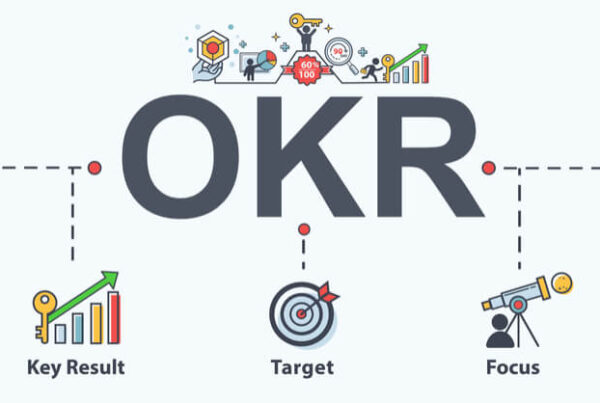 OKR’s – what are they and how can they help your organisation? 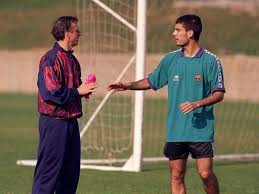