Age – The Disconnect Within The Business Environment

Age – The Disconnect Within The Business Environment

It’s something that you’ll have seen, heard and probably been on the receiving end of at some point in your career. But why are we still having to deal with ageism in 2017? Just to be clear ageism is “discrimination or unfair treatment based on a person’s age” (age UK). Is it a cultural issue? Is it a belief that younger people are incapable due to a lack of experience or is it a belief that older people are “getting on a bit” so they won’t be able to perform to an optimal level? From my point of view, it can be a barrier to enabling innovation and new ideas, as well as developing our talent from a younger age.

My observations on ageism?

I appreciate that some people will say that there is no such thing as ageism or it’s “something that we have to accept” as “it’s always happened”. However, I am sure that you can tell from my previous blogs I enjoy challenging beliefs and cultural issues. I’ve noted down some thoughts below in relation to my own personal observations around ageism:

I read an article posted by the guardian back in 2011, appreciate that this is slightly outdated however, some of the issues being faced are not dissimilar. As part of the study they ran a European wide survey (European Social Survey) that was rolled out to 55,000 people across 28 countries. I’ve included one of the main finds from the survey below…

“Britain is one of Europe’s largest hotspots in relation to age discrimination, with 2 out of five people reporting that they have been shown disrespect due to their age” (Telegraph, Oct 2011)

But why does ageism still exist?

Ageing population – It is a well-known fact that due to historic baby booms the UK is now struggling with an ageing population. Along with the sheer number of people and it being harder to retire we’re facing a number of cultural issues. The first of those being the fact that a lot of the senior leadership teams within organisations have their own way of doing things (old man, grey hair culture comes to mind). With that in mind there’s a lack of opportunity for younger people to fit in. Advancements in technology – Technology is a great thing in both our personal and professional lives. From a business perspective it’s a huge money saver as it allows you to automate processes and streamline organisational structures. However, in my opinion it can be a contribute towards ageism. How many of our older generations are given technical roles? I ask the question again; if you had the option to take on a 30-year-old configuration professional or a 60+ who would you employ? We normally associate technology with the younger generation so I’d be surprised at how many people would actually onboard the older guy.

What is in place to prevent age discrimination?

Recent Fiscal Policies – You just have to take a look at where the government have been spending their money. They clearly feel as though there is a disconnect between organisations and school/college leavers, this may be partly down to the fact that university isn’t what it used to be and as long as you can turn up, you’ll be accepted in. One of the priority areas for government has been to promote apprenticeships. The first action taken by government was to allow apprenticeships to be given equal legal treatment as degrees, they have also made a commitment to create 3 million new apprenticeships by 2020, with support from public sector bodies (gov UK, Jun 2015).

Equality Act (2010) – Says that it is against the law to “discriminate against someone because of their age” (citizens advice).

As with any form of discrimination, you’ll certainly feel the effects both internally and externally. For example; you may begin to struggle with elements of both your employee and employer value proposition (EVP). Whether that be your ability to attract potential candidates or how you retain and engage your current internal team. All of these can have a significant effect on the performance of your organisation e.g. if your employees are not engaged, then they will not be working at optimum productivity meaning therefore a decline/plateau in overall business performance.

Organisations who do not promote equality or meet the expectations of their internal members of staff will often face issues with their customers due to a negative brand image. Customers want to see equal opportunity employers who give both excellent customer service however, also treat their employees fairly. There are plenty of case studies from organisations who have not been compliant and therefore, business results have suffered.

Finally, organisations can lose key potential or essential experience through age discrimination. The younger guys who have a wealth of passion and ambition can be a breath of fresh air for many organisations. On the other end of the spectrum a lot of the older guys come with a significant amount of knowledge and experience, meaning they can apply what they’ve learnt to the work place.

In summary age discrimination is something that has been a pain point for many organisations for a very long time. This has made it hard to challenge and almost something that is accepted within our society. I’d love to hear about some of your experiences – whether they’re positive or negative. Please comment in the feed with your thoughts.

Improving your brand image and EVP have been key areas of focus for Réncái recently, should your organisation have engagement, performance, communication, attrition, attraction or even a recruitment problem, then please do get in touch as we’d love to be introduced. 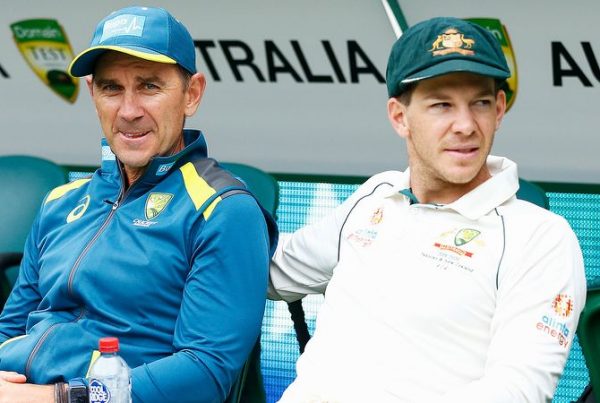